If you’re over the age of 30, chances are this is a routine of yours:
1) Tell your friends how much you miss them.
2) Make plans to meetup with said friends.
3) Cancel plans.
4) Repeat forever or at least until you retire and join the Silver Sneakers Club.

It’s a vicious circle of excuses, ailments, and scheduling conflicts, right? Well, listen to this: I recently made plans to meet up with a good friend for dinner and by some miracle, we actually got together. Really! We made plans and stuck to them! Not only that… we landed in a little restaurant that made leaving the house and the journey through the rain absolutely worth it. A place so good that there’s a high probability of another dinner date there in the very near future. (One that I won’t cancel.)
The place is called Honest John’sand honestly, it’s a must try spot.

As I walked through the doors of this casual spacious restaurant (located at 216 E. Eighth Ave., Homestead.) the bar staff were immediately charming and welcoming. My friend greeted me with a big hug and then patted the bar stool next to him. As I settled in and started to peruse the drink menu, I quickly learned that the woman sitting to my right just so happened to be the owner’s mom, Holly, and within moments of our chit-chat she was kind enough to introduce me to her son, John Wray. John shook my hand and welcomed me to his place by quickly giving me the rundown of how Honest John’s came to be. I was surprised to learn that Honest John’s isn’t named after him but rather a former millworker and mayor who lived in Homestead in the late 1800’s, “Honest” John McLuckie. Even though it wasn’t named after him, it easily could’ve been because John Wray radiates a “nice, honest guy” vibe. He’s the kind of person that is clearly proud of his roots, loves his family, and takes pride in his restaurant. The kind of guy that I would be happy to drink a beer with. 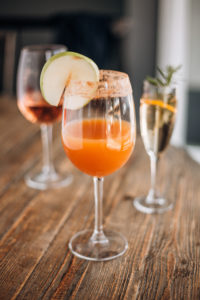 Now, for the important stuff: food. At first glance, the menu is small. Should be easy to make a decision, right? Nope. Not when it seems as though the entire menu has been written specifically for you and you want to eat every.single.thing on there. I literally started to drool as I was reading the appetizers. Frites, Sprouts, Mussels, Hummus, Fritters, Snacky Olives and whatnot … how do I decide!? Ooh! They have Deviled Eggs ($7), done. Kissed with a hint of spicy horseradish and topped with a chunk of candied bacon, these babies were the perfect start to what I could only imagine to be an amazing meal.

After our appetizer, we decided to move to a table to order our meal. Despite wanting to order one of everything, our server was sweet enough to help us dwindle down our choices down to the Shrimp and Grits ($25), the Beef Sugo over House-made Pappardelle ($23), and Fried Brussels Sprouts to share ($11). All classic, simple, unpretentious, and executed flawlessly by Chef Jen Buehler Burfield (formerly of Cure and Cibo). 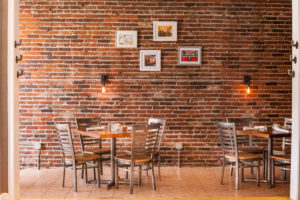 The shrimp were sautéed with salty Tasso ham and bell peppers in a velvety spicy roux-rich sauce, then served over unconventional fried polenta cakes versus traditional creamy grits. In between “mm-mm’s” I told my friend that the polenta was absolutely perfect: crispy on the outside yet still soft and creamy on the inside. A delicious vessel for those gigantic tender shrimp.

The Beef Sugo. My goodness. If the feeling of a warm hug from your grandma could be converted into a recipe somehow, it would be this dish. The beef was melt-in-your-mouth tender, the homemade pappardelle was toothsome and flavorful, and the grana padano was the perfect salty topper to it all. This Sugo was clearly made with love and intent.

I’m a Brussels sprouts snob. Weird thing to be a snob about, I know. But, they’re easy to screw up. Most typically, undercooked or chewy. Not Chef Jen’s sprouts though. They were fried until the centers were tender and the outer layers were crispy. Right out of the fryer, they were drizzled with a Dijon/balsamic/honey sauce, topped with feta cheese, and toasted pepitas. With the sweet and salty combo of the cheese and honey, plus the contrasting textures of the seeds and crispy leaves against tender parts of the sprouts with the cool creamy cheese on top, every part of my mouth was happy.
I was full within minutes but couldn’t stop eating because everything was so incredibly delicious. We inhaled everything. Every bite.

Just as I was contemplating unbuttoning the top button of my pants to make room for my ginormous Sugo-filled belly… Chef Jen herself came out to surprise us with dessert. I’ve never immediately loved and hated someone at the same time before. I couldn’t possibly eat another bite. Except that there was now a Warm Chai Cake with Salted Caramel Gelato sitting in front of me.

Meeting Chef Jen was a pretty remarkable experience for me. She’s cool. She’s humble. She immediately gave me the vibe that she: (a) loves to cook (b) is incredibly good at it (c) knows ‘b’ but could care less about the hype of it (d) fits right in with the “Honest” part of the restaurant namesake. My friend also commented that Chef Jen definitely flies under the radar when it comes to the Pittsburgh food scene. Something, to me, that is admirable. It’s easy to get lost in the Instagramable world of food these days. Just because it looks good doesn’t mean it tastes good. But, that’s not the case here. You can tell that her heart is in every dish and the flavor definitely speaks for itself.
Go try Honest John’s with your friends. You won’t be disappointed, honestly. 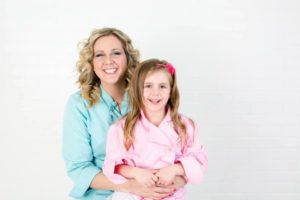 Tags: Dinning, Homestead, Honest Johns, LOCAL eats, Out and About

Pasqualino’s Italian Restaurant an ever evolving family business since 1971